Experiencing Japan without crossing the Pacific is in Little Tokyo. I discovered this district recently and I loved it! So much history and culture to discover here.

The history of this district is twisted in the WorldHistory and I comprehended the role of some Japanese Americans soldiers during World War II at the Go for Broke Monument. On a lighter note, I appreciated contemporary art at The Geffen Contemporary MOCA followed by Zen areas with James Irvine Japanese Garden and the Double Tree’s Kyoto Gardens. I continued my Japanese immersion with a delicious lunch and some shopping at the Japanese Village Plaza. 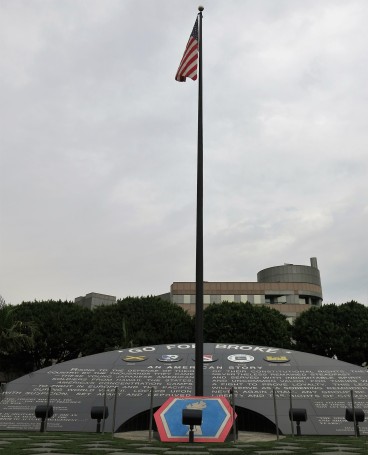 Never Forget. The Go for Broke Monument is a tribute to the Nisei warriors during the World War II. They were Japanese Americans soldiers who fought bravery under the Stars and Stripes flag. Most of them were sons of the first-generation immigrants, born and raised in Hawaii.

The Japanese surprise attack on Pearl Harbor in 1941 and war climate led to anti-Japanese sentiments. Nevertheless, the 100th Infantry Battalion (motto: “Remember Pearl Harbor”) and the 442nd Regimental Combat Team (motto: “Go for Broke”) were activated respectively in 1942 and 1943, as they demonstrated excellent performance. Deployed in Europe, they were driven to prove their loyalty to the United States. There are recognized “as the most decorated unit for its size and length of service in the history of the U.S. military.” [Source: Go for Broke National Education Center]. These regiments were made only of Japanese Americans.

Words of gratitude from the President H.S. Truman.

Words of gratitude from the President R. Reagan.

The Geffen Contemporary at MOCA

The Geffen Contemporary is one of the three Museum Of Contemporary Art (MOCA) museums in Los Angeles. It’s located in a former police car warehouse just next to the Go for Broke Monument.

The current exhibition we discovered (on view from October, 22nd 2017 to May, 13th 2018) was “Adrián Villar Rojas: The Theater of Disappearance.” We entered a room with dark-blue walls and no lights. In this obscure environment, we navigated between the pieces of art. Some of them are displayed in food fridges displays with its artificial glow, others are not exposed to light. Don’t be surprised to see visitors using their phone to discover them. Well, it’s difficult to explain this exhibit but I would say it’s the expression of a mix of reality and space (past and future).

Out of the blue, Japanese Garden in Little Tokyo District! I knew you’ll be surprised!

This “secret” garden is nestled on the Hilton Double Tree Hotel’s rooftop (well not technically its rooftop, probably the 2/3 floor, but let the magic operate anyway). Protected from Downtown’s energy, this place is calm and serene. We were alone in to explore this two-level garden. After, we sat on the patio to relax listening to the main waterfall and appreciating this green environment.

This little garden was hosting a wedding so we were not welcomed to enter. Nevertheless, we enjoyed it from the top and it sounds pretty peaceful.

If you want to learn more about Japanese Americans’ history and culture, this museum is for you!

This one-tenth-scale model of the Challenger has been erected in remembrance of Japanese American Ellison S. Onizuka. He perished along with six astronauts when the shuttle disintegrated after launch in January 1986.

Walking in Little Tokyo is also great to discover Public and Street Art.

Re-discovering Japanese culture via its cuisine is just delicious. We started by savoring ramen at the Mikawaya restaurant. It’s a small and busy place but it totally worth it! For the desert, we went a few doorsteps down to Fugetsu-Do Confectioners. This family business has operated since 1903! Perfect to have mochi and others Japanese sweets. Mochi are soft and sweat, from traditional to modern flavors, there is a large choice. We tasted the chestnut Manju, the blueberry mochi, and the strawberry mocha. Miam, Miam! 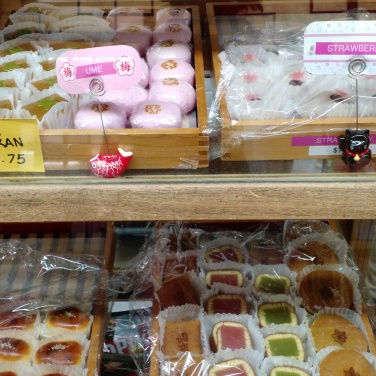 Leaving Little Tokyo without shopping? Are you insane? It’s probably one of the most iconic activities.  I LOVED it! You have various shops in the Japanese Village Plaza from anime culture to beauty products. Take a step in and you’ll be boosted in this Japanese universe. One of the funny parts was to discover the American Hello Kittie: Hello Kittie hamburger bag or Hello Kitty supporting L.A. baseball team. 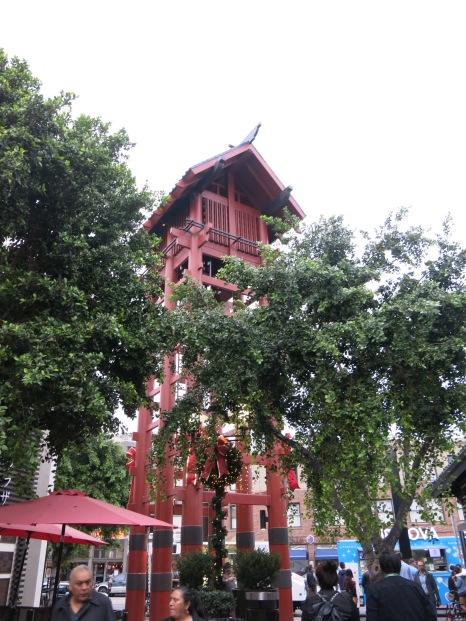 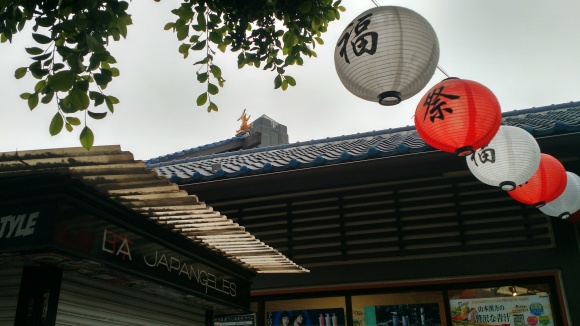 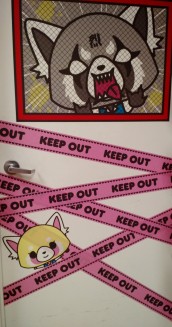 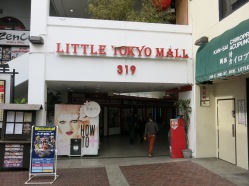 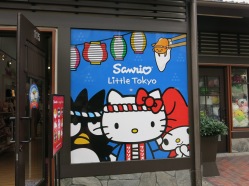 Explore the grounds and surrounding Pico Canyon offering a glimpse into California's history.
Mentryville was the longest oil well-running in the World!
Throwback to a black gold city in California: Mentryville.
What are your resolutions for this new year?
First hike on the blog!
The land of Surf and Sunshine is also a paradise for hikers, walkers, and runners.