After conquering corners and wall of cities worldwide with his mosaic art pieces, it’s your turn to invade “Into the White Cube,” the 1st solo exhibition of the street artist Invader.

Here is an inside look at “Invader, into the white cube”:

Who is the artist?

Space Invaders is an art project led by one French artist whose identity remains secret. He grew up in Paris and went to Ecole des Beaux-Arts, a Parisian art school. He defined himself as an Unidentified Free Artist (UFA), wear a mask and uses the pseudonym Invader as his stage name. 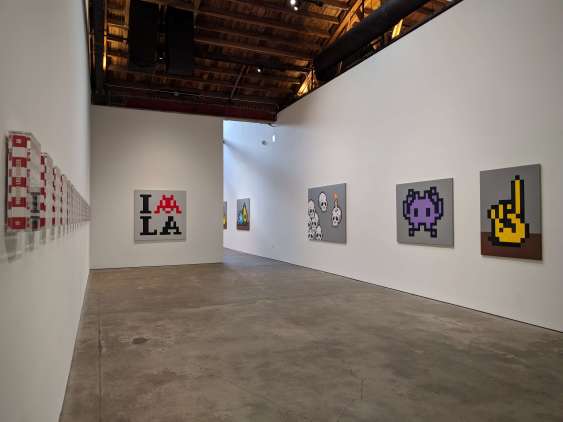 What is Invader art?

Inspired by video games, especially the “Space Invaders” by Taito, Invader desires to free and bring the pixelized mosaics to the real world. He started his work in Paris in 1998 then expanded to major cities worldwide. As soon as he reached a metropolis, he invaded them displaying from 20 to 50 unique pieces. 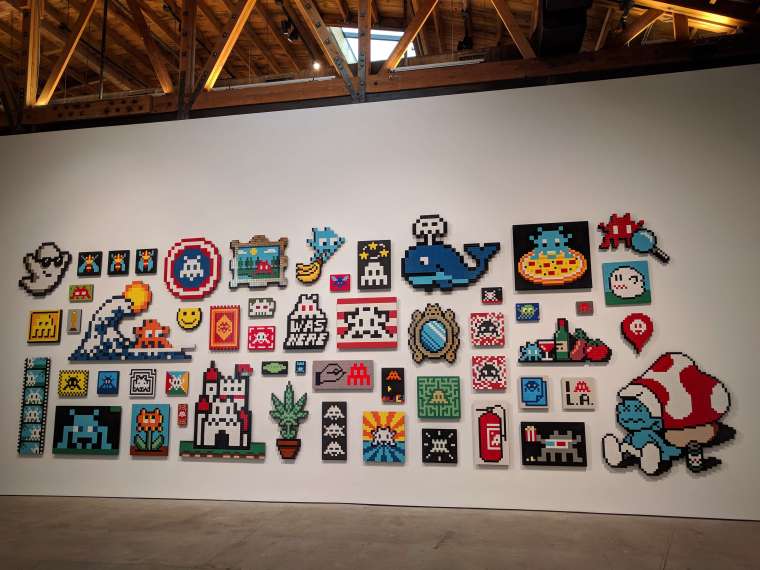 Below is an example in Versailles, my hometown when I lived in Paris! Can you see the castle on the front of the house?

Since his beginning, he added and created his own personal touch to its creatures. One constant aspect is that 99 percent of his installations are illegal! 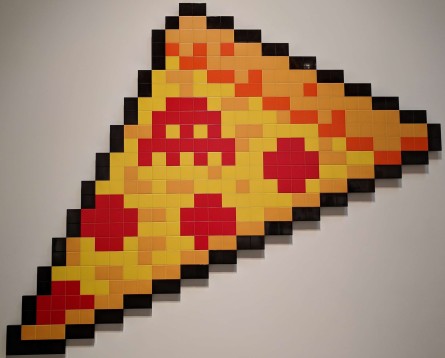 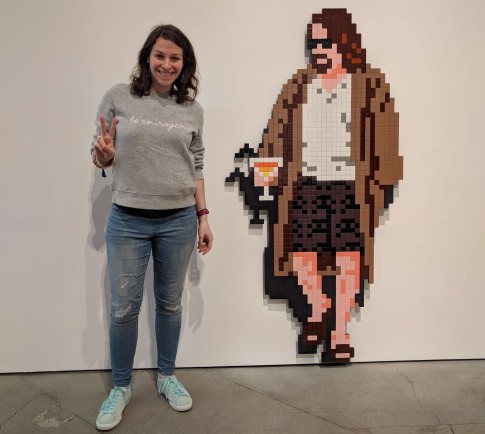 Fun fact: Invader created a mobile application similar to “Pokemon Go.” Each mosaic is valued of 10 to 100 and the sum of it generate a unique score per city. Are you ready to hunt these unique art pieces?

Even more Fun: After the exhibit, we walked in the neighborhood and discover….one of it!!! How cool?!

A short documentary enables to discover the most impressive and crazy project led by Invader: to send one of his creation….to SPACE!

He started it while invading Miami in 2012. He used a helium balloon and a camera to launch SpaceOne mosaic to the stratosphere. The mission was a success as it reached 22 miles [35 Kilometers] altitude in less than four hours.

His second space conquest happened in 2014. With the help of the European Space Agency (E.S.A), SPACE2 mosaic took off with Ariane 5 to the International Space Station!

In 2015, astronaut Samantha Cristoferetti installed it in the Colombus Module.