Looking for an old Western movie set in Los Angeles? On a sunny Saturday afternoon, I adventured into the Wild West nested in the Santa Monica Mountains: Paramount Ranch. Far from the animated city, Paramount Ranch is an oasis plebiscite by Hollywood for movies and TV shows. Follow me in this wild quest to travel into this large outdoor set exploring the filming location, the Town and hiking its surrounding mountains.

A pinch of History

From there, movies and television productions multiplied, as the location offers such an atypical set. The range of movies shot is wide: from The Adventures of Marco Polo (1938) to American Sniper (2016). It’s unbelievable to travel both in time and space thanks to one unique location (and of course thanks to visual effects from productions).

In the early years of Paramount Ranch’s history, television shot lot of westerns like The Cisco Kid or Hotel de Paree. Over the years, as the spectators’ interest shifted to different categories, so does the TV shows. Thus new genres were filming there like Charlie’s Angels (episode “An Angel’s Trail” from season 4), Sabrina, the Teenage Witch, or Bones (episode “The Cowboy in the Contest” from season 11). 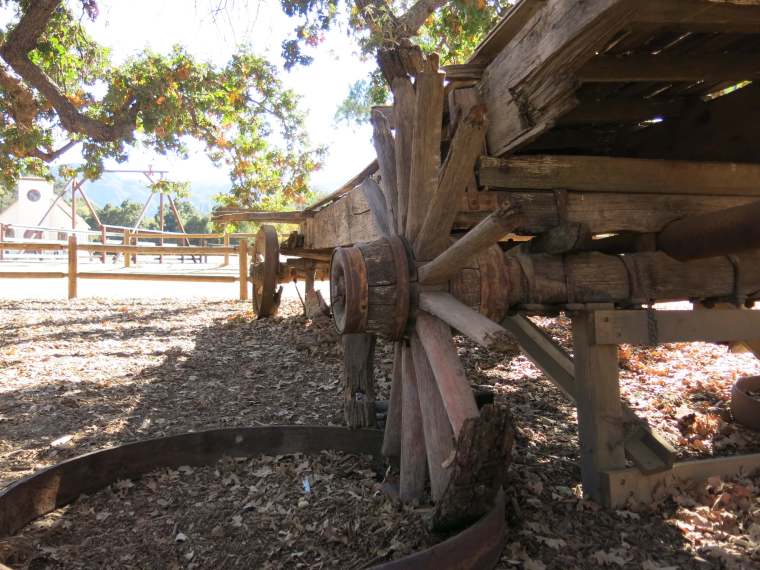 After 1980, when the property was purchased by the National Park Service, the town was redesigned and/or cosmetically adapted according to productions. For instance, the place was transformed into a Colorado Springs town for Dr. Quinn, Medicine Woman, TV show from 1992 to 1998. More recently, a church was built for the HBO show Westworld. The church remains on the current site, only the steeple was removed.

If you are lucky when you visit Paramount Ranch, you will glimpse a movie or Tv show shooting. Indeed, the ranch is still open during productions, some areas can be restricted though. Instructions are given to visitors to remain quiet. To sit in on a scene filming is definitely a cool experience in the city of the Stars!

Wooden facade burned by the sun and the dusty streets transported me in the middle of a far west city.  The silence was only disturbed by the wind playing with foliage. It sounds almost like a ghost town as we met only a few souls.

As I glanced inside the buildings, I noticed only empty spaces. There were all closed to the public at the exception of the prison. The sheriff was standing outside, waiting for an outlaw or a citizen to break the law.

As the Monopoly game order: « Go directly to Jail. Do not pass Go. Do not collect $200,” I stopped by. Hopefully, my jail sentence lasted the time of some pictures. The sheriff explained and provided some details on the place. He also showed us the interior of the grocery store from Dr. Quinn, Medicine Woman. Nice and acknowledgeable, the sheriff also advised some hikes. 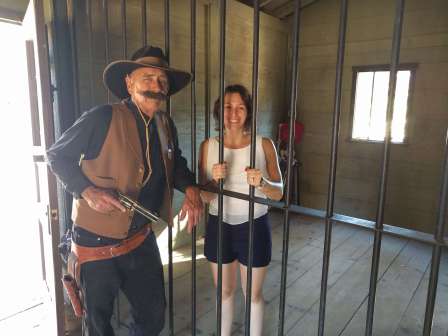 I liked to be immersed in this cowboy town and imagined myself in a western movie. Even more, when I realized that I watched a lot of movies and TV show shot here. What a delightful sensation to remember and to picture scenes here. Definitely, a universe to discover! 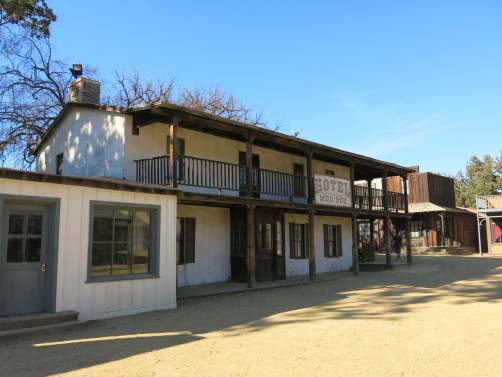 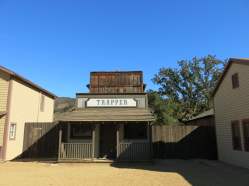 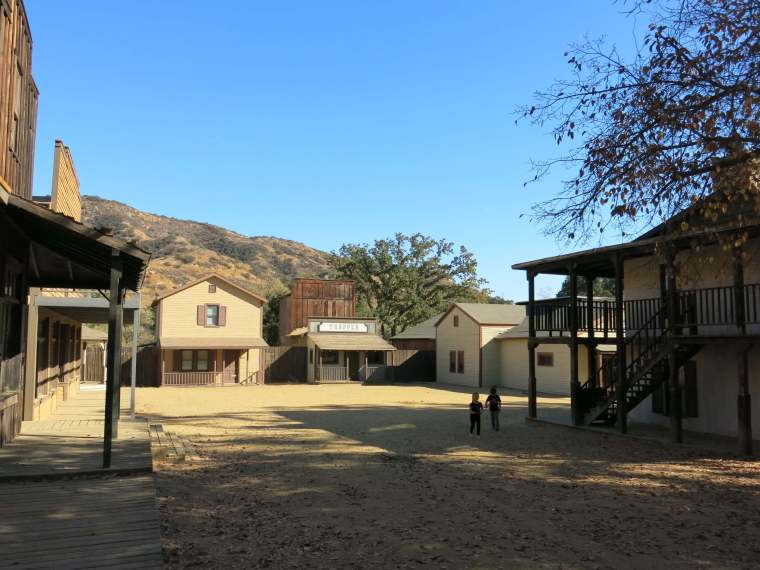 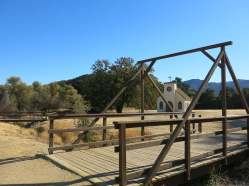 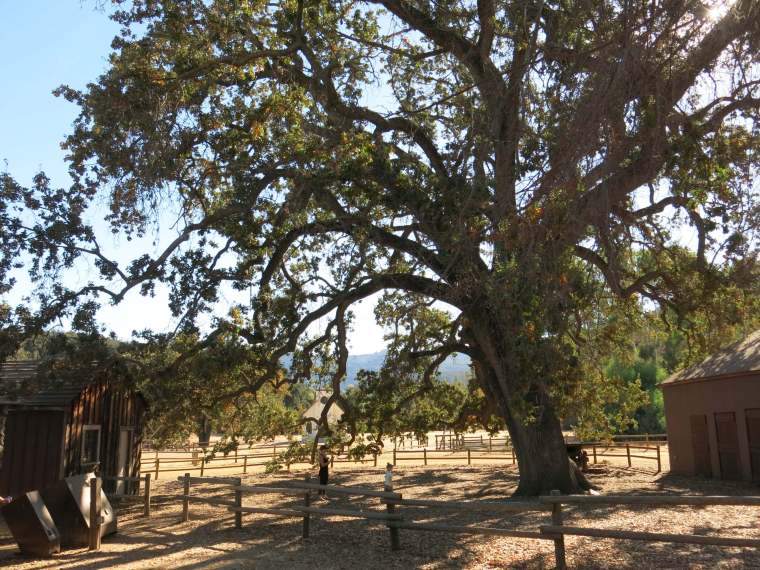 Paramount Ranch is also a perfect location to hike, run or ride. Lots of trails start at the train station, you just need to pick one according to your point of interest. Indeed, some of them lead to some movies/TV shows landscape set like the Medicine Woman Trail or the Marco Polo Hill. The hike we did was a short loop along these two locations.

As we walked, vivid colors of nature contrasted with the blue sky. I was astonished by this colorful combination.  What a pleasant and relaxing walk!