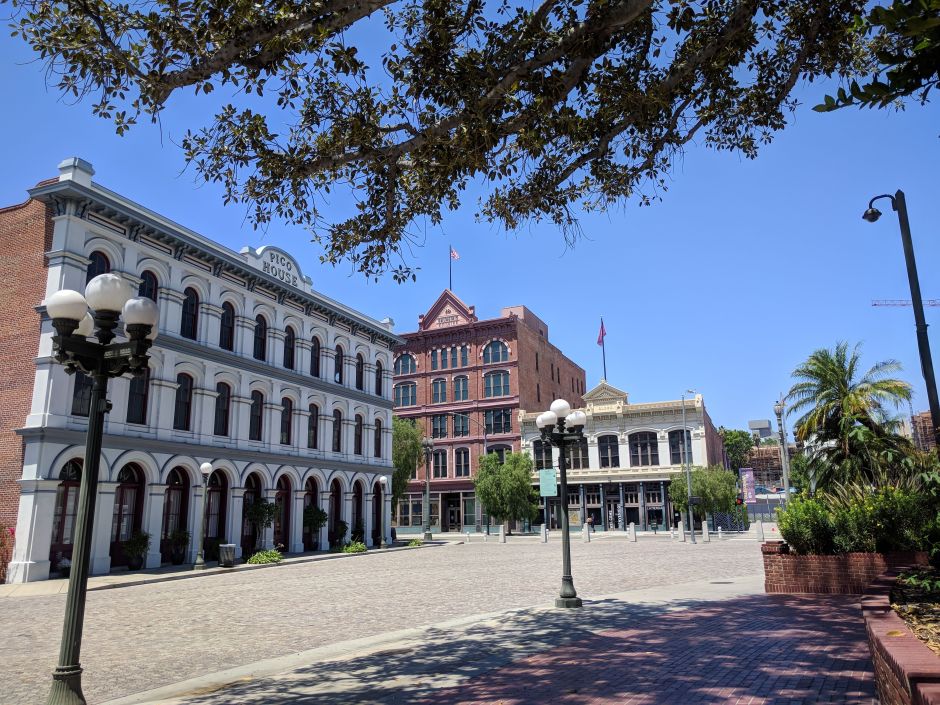 As pobladores developed ranchos and cattle ranches, the town El Pueblo prospered and a new city rose: Los Angeles. This hub of the city is a living museum including 27 historic buildings. Among the 11 open, let’s explore some of the “first” places which marked the expansion of the city: Pico House: the elegant hotel, the Merced Theater, the city-owned firehouse, Sepulveda house: the private residence, the Garnier, and Brunswig buildings:  the commercial structures. 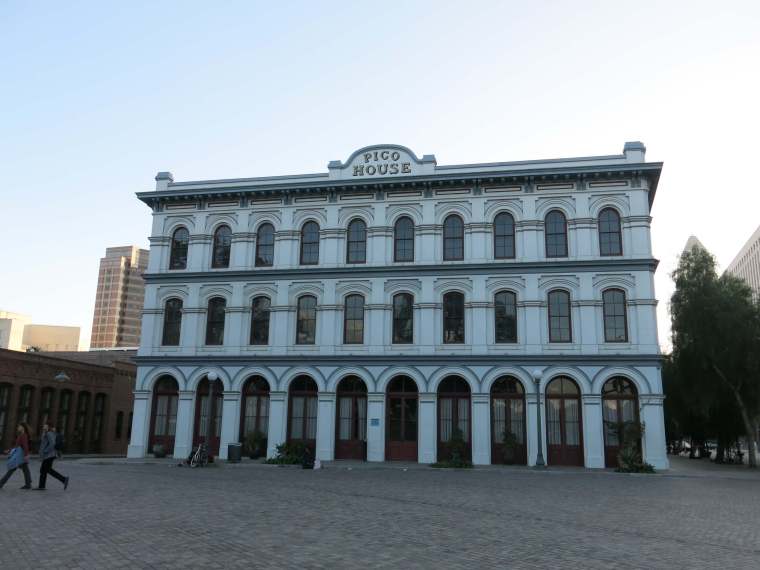 In 1870, Pio Pico (1801-1894) built the 1st grand hotel of Los Angeles. This three-story building was designed in the Italian style recognizable by its arched windows.

Pio Pico was a wealthy landowner and twice governor of California. He spent a lot of money during the construction and furnishing – more than $50k – to make it elegant and the finest in town. The structure included 82 bedrooms, 21 parlors and two interiors courts decorated with vines, fountains, and caged birds. The pinnacle of refinement and sophistication relied on its French restaurant, its French chefs, and waiters.

As an example, one of the most expensive suites cost $3 per night. 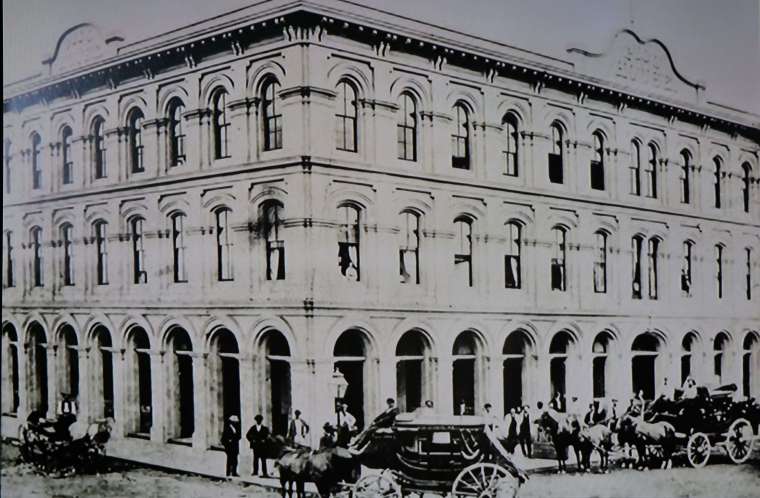 Unfortunately, Pio Pico lost his fortune and various properties as he enjoyed gambling and women. He lost the Pico house hotel at an auction after being unable to pay his debts to the Saving and Loan Society of San Francisco. The elegant hotel was then sold for $16k. 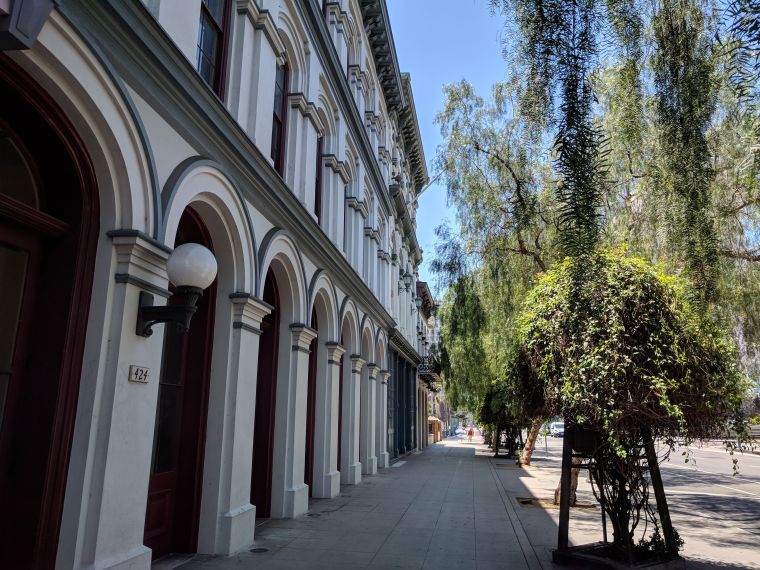 Nowadays, this imposing brick building is closed to the public. Nevertheless, it may look familiar as it appeared in a Tv show (The Mentalist), a movie (The Prestige), and commercials (Target, BMW, Honda, etc.). 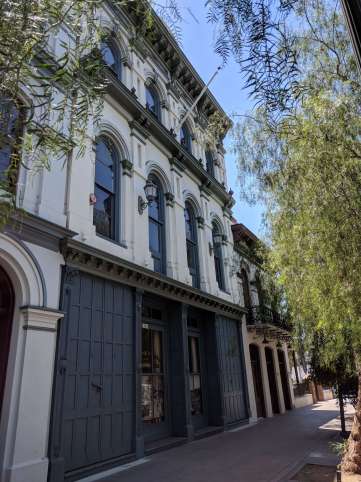 The oldest theater of Los Angeles, the Merced Theater, was built in 1870 by William Abbot, son of Swiss immigrants. Named after his wife, Merced Garcia, the theater was designed by architect Ezra F.Kysor (who also designed the Pico House).

The first floor, rented to the Pico House, housed a bar and a billiard saloon. The theater was located on the second floor and seated 400 people. It was directly connected to the Pico House so guests attended acts and show easily. The last floor was home for the Abbotts family.

The heyday of Merced Theater occurred from 1871 to 1876. Theatrical performances were mainly given in English but also in Spanish. It cost between $0.50 for the balcony to $1 for parquet chairs. “Fanchon the Little Cricket” was the first melodrama played.

In 1876, the Merced Theater was shadowed by the Wood’s Opera House opening and a smallpox epidemic in the area. Its doors have been closed since 1877. 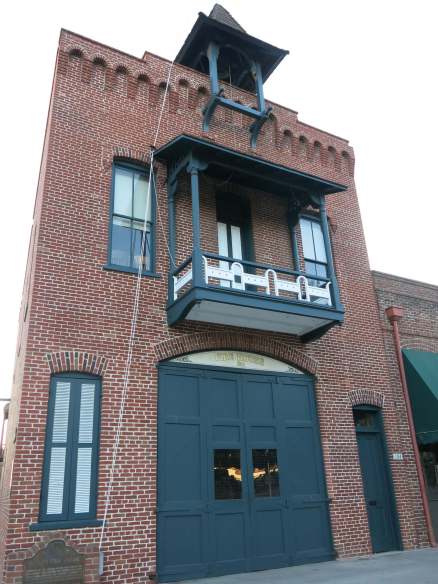 By 1876, the city of Los Angeles fire department was nonexistent. Only four independent companies have been created and were only composed of volunteers as the Volunteers 38’s and Confidence No.2. In 1884, the city built the 1st Plaza firehouse and the 38 Engine Company No.1 established its quarters.

The rivalry between volunteer fire companies was important as men get paid when they extinguished a fire. Also, they were rushing and competing to arrive first on a fire scene. Principally to end this situation, the city created the 1st paid fire department in 1885. 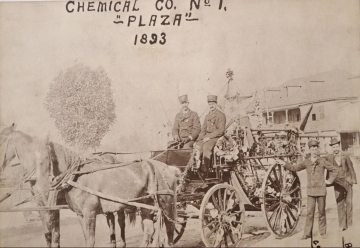 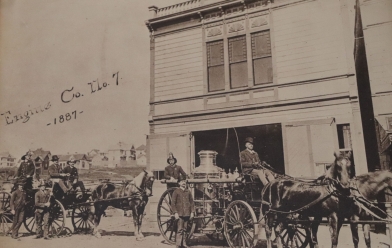 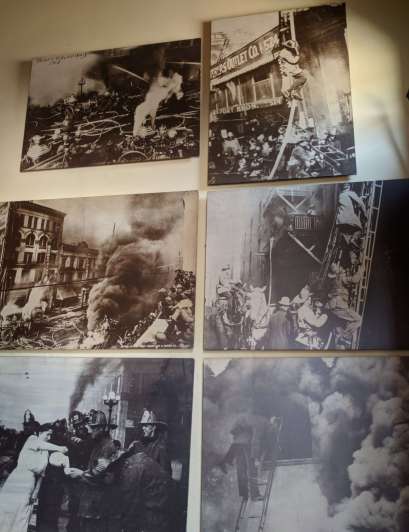 In 1891, a dispute over the site’s ownership between Mrs. L.M.Bigelow, Griffin Johnston, and the city led to the Plaza firehouse end. This firehouse operated until 1897, then the building was converted to a commercial area. Until its restoration in the 50’s it was variously used as a Chinese shop, saloon, cigar store, etc. 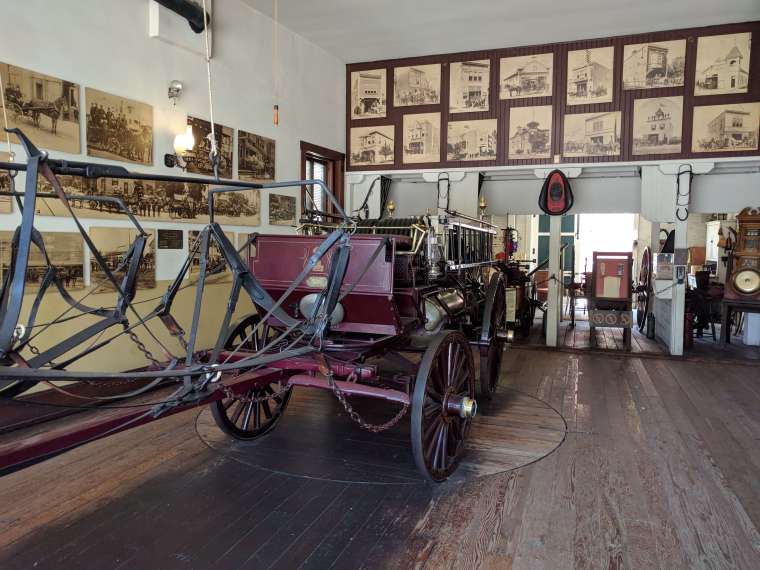 The current building is a museum exhibiting firefighting equipment, tools, and photography from late 19th to early 20th. Horses were stabled inside the station, on the 1st floor. Men stationed upstairs and used the brass pole when the fire alarm was ringing. 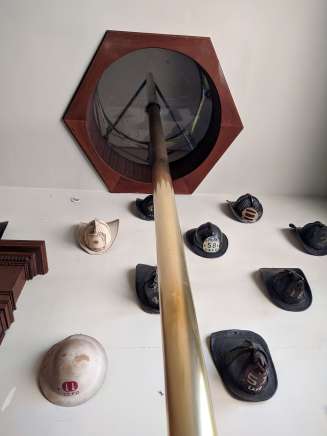 Senora Eloisa Martinez de Sepulveda built this Victorian-style house in 1887. The building included 22 rooms, two commercial businesses, and three residences. She constructed this large structure as she believed the area would commercially prosper. It never happened. 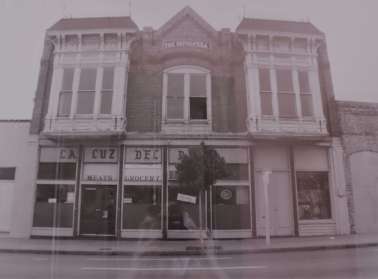 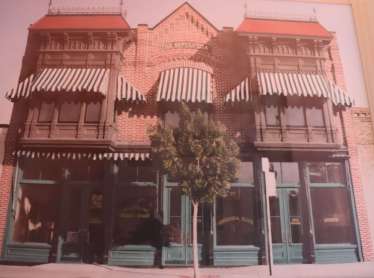 Now restored and transformed into a museum, some rooms can be visited such as the kitchen and the bedroom. On display are the quarters as they were furnished back in 1890. 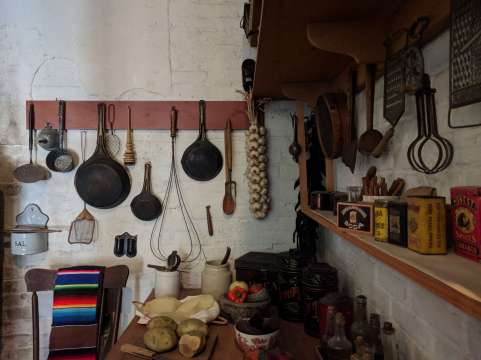 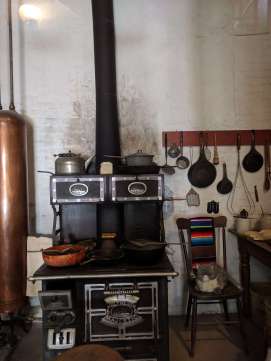 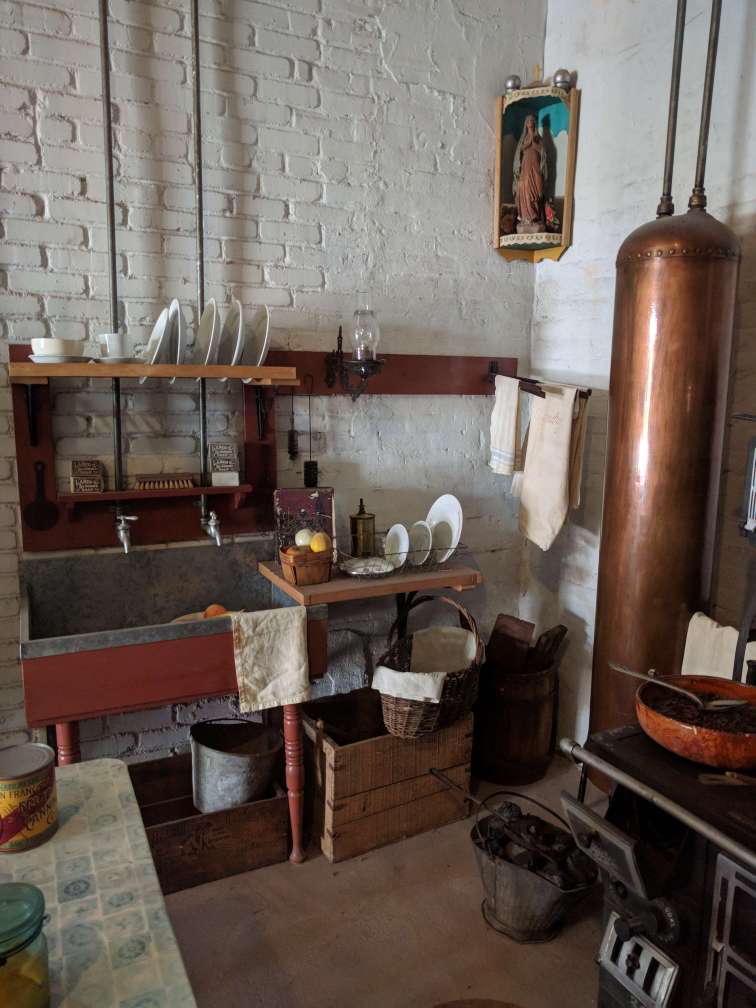 Notice how hot water was provided in the kitchen 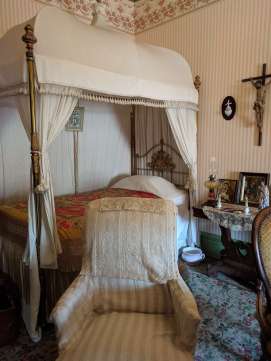 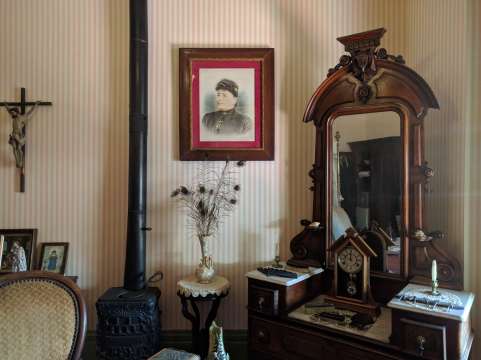 The French businessman Philippe Garnier built the Garnier Block in 1883 and the Garnier building in 1890. The former, a two-story structure, housed shops, a restaurant, a saloon, and a hotel on the second floor. The latter was leased to the Chinese community. For decades it served as school, temples, theaters, stores…

In 1933, the city of Los Angeles launched several transportation development projects causing the relocation (forcibly) of China Town a few blocks away. All buildings of this community were demolished with the exception of the Garnier building.

Vickrey Brunswig was named after two of its owners: William Vickrey, who built the structure in 1888, and Lucien Napoleon Brunswig who operated his company in 1897, the Brunswig Drug Company. This firm may sound familiar as it was the largest drug manufacturing laboratories. 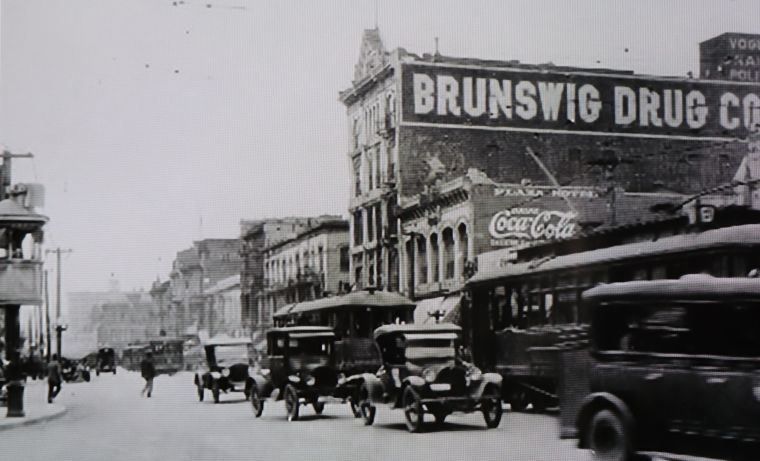 Today, this five-story building, purchased by LA County in 1948, has been renovated and transformed to a Mexican American Museum

Which historic structure did you prefer? Share in comments! 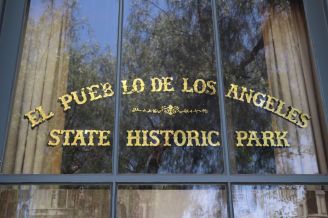