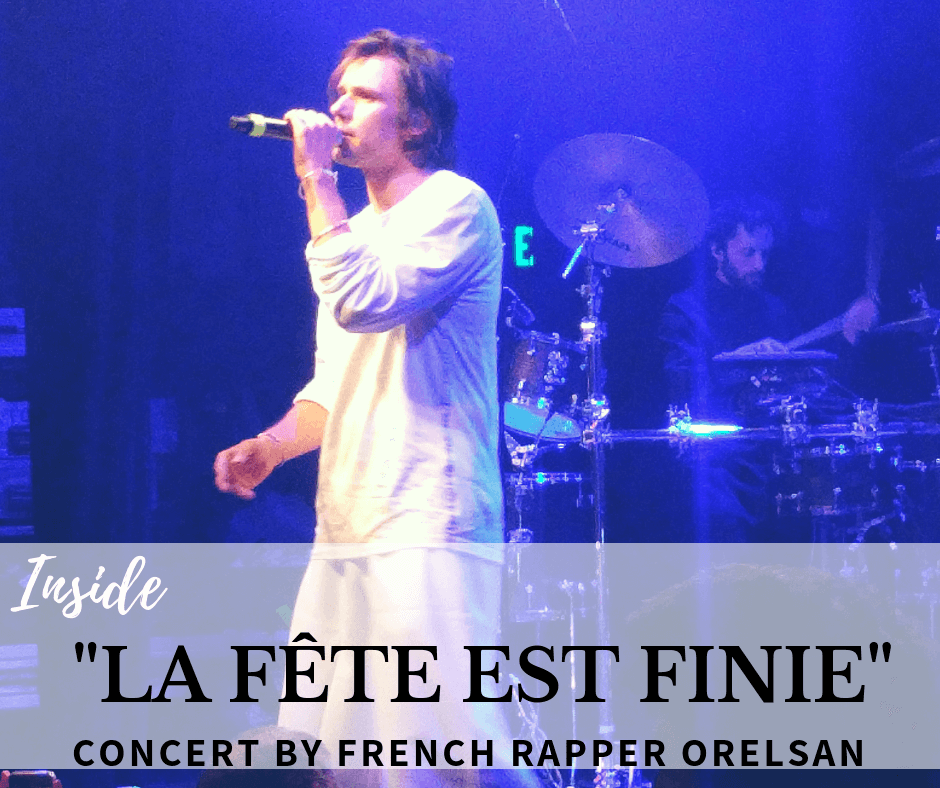 After successful tours in France, Belgium, and Switzerland, the French rapper Orelsan crossed the ocean for his 1st North American

Tour including Quebec, Montreal, New York, and San Francisco. On September 28th, 2018, he concluded it at El Rey Theater, in Los Angeles. This tour celebrated the release of his third album “La fête est finie” (The party is over).

Here is an inside look at this concert:

From Caen, Aurelien Cotentin, 35 years-old rapper, started his career in 2002.

His third album, released in October 2017, became quickly popular thanks to lead singles like “Basique” and some feature songs with Stromae, French rappers Nekfeu and Maitre Gims. In a few weeks, it was certified platinum in France. In February 2018 Orelsan won three “Victoires de la musique” (the French Emmy) including best male artist of the year.

As the name “Aurelien” was already legally owned, he created his stage name “Orelsan.” Orelsan is composed by “Orel” (short name for Aurelien in French) and the Japanese word “San” (Mr).

Fun fact: he realized later that he was the one owning the “Aurelien” name too. He didn’t remember it soon enough to use it as his stage name. 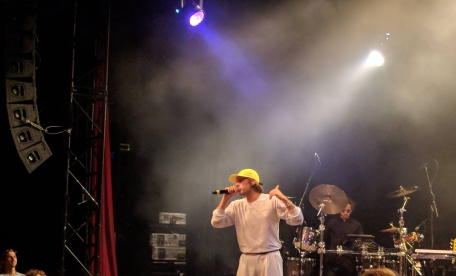 2 reasons why I loved it

Going to a French artist tour in the US is always special and unique. A part of your native culture is coming to you and it’s like a privilege to enjoy it far away from France. Also, for the 1st time, I understood all the lyrics of a rapper singing in the US and this is priceless 😉

Orelsan’s concert gathered a large majority of French living in Los Angeles. Orelsan introduced his concert in both English and French. He quickly spoke only in French when he realized that 90% of the crowd was French-speaking. The fun part? Translate and explain conversation and songs to my American friends.

Sharing this concert with French peolple was special. We all sang as one and some songs were really strong and emotional as French living aboard like “La Terre est ronde” (Earth is round).