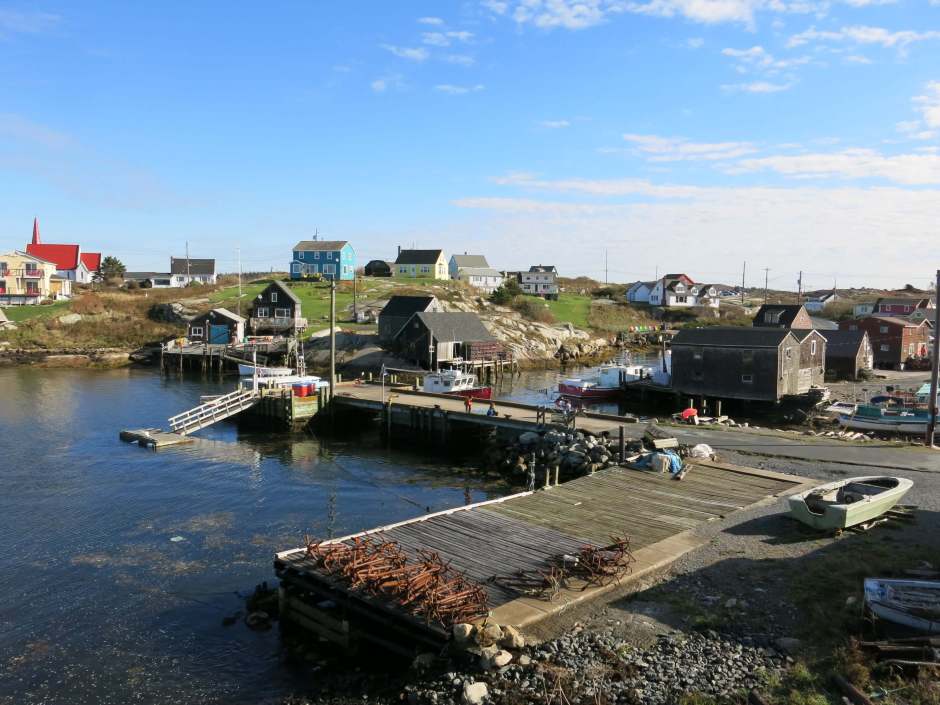 Embark for a charming coastal village exploring its unique geology and historic cove. From the Glacier Age forming inlets to the development of a fishing community, let’s travel through 20,000 years of history.

Glaciers and ocean shaped Peggy’s Cove more than 20,000 years ago. A large glacier from the Arctic region shifted rocks, vegetation, and soil to the current area. When the ice retreated, the ocean formed coves. Today, marks and scars on the rocks is a testimony of this ice history. Indeed, when glaciers moved large rocks, they deeply scratched the granite. 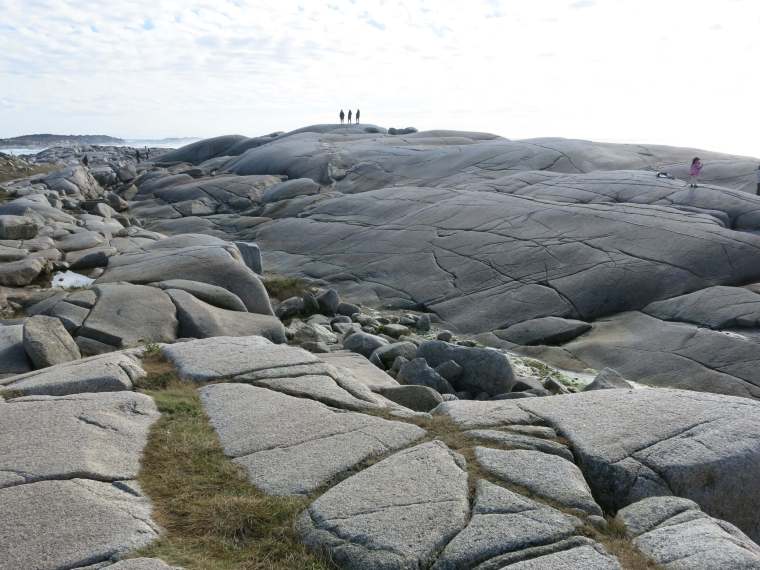 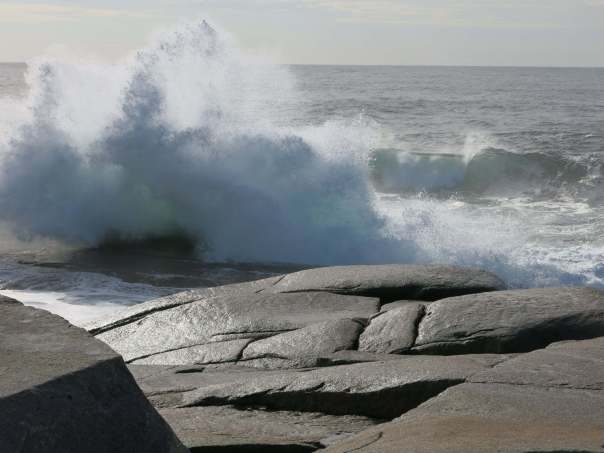 According to the romantic tale, the village was named after Peggy. The young woman was traveling to Halifax to meet her fiancé when her ship wrecked on the rocks. Rescued by locals, she settled in this village. When people were visiting they used to say “we’re going to see Peggy of the Cove.” 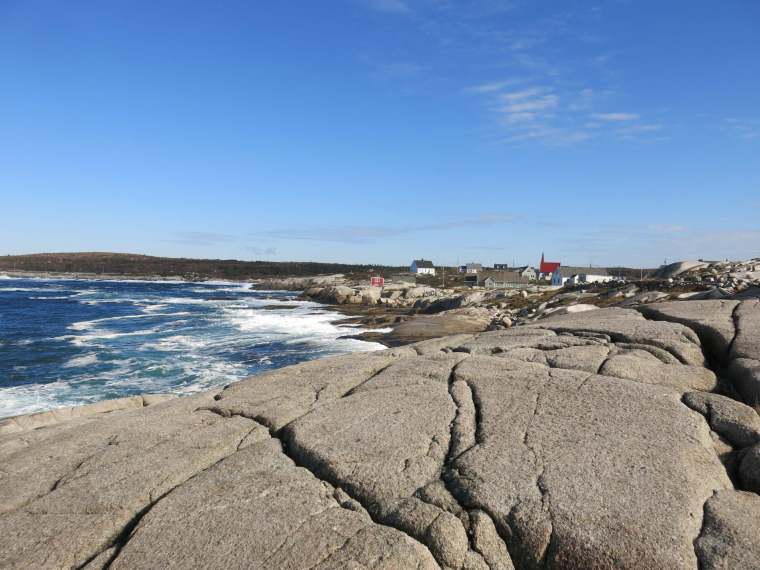 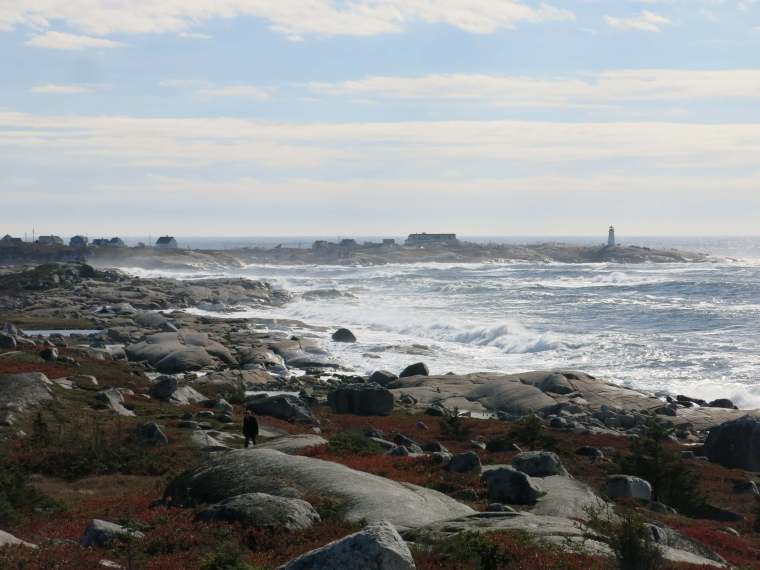 King Georges III provided this 800 acres of land to six fishermen along with their families. In 1811, George, William and John Izenhaueur, William and George Troup, and John Kayzer were the first to settle here thanks to the Nova Scotia Registry of Grants. 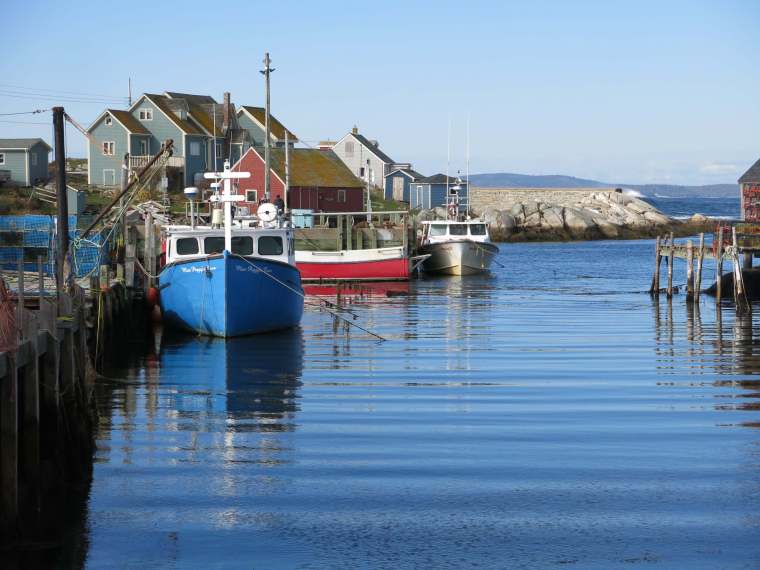 Peggy’s Cove was a perfect location to develop the sea and land local economy. The fish population was large and abundant, the bay was protected to develop a community and families worked the land for gardening and cattle. 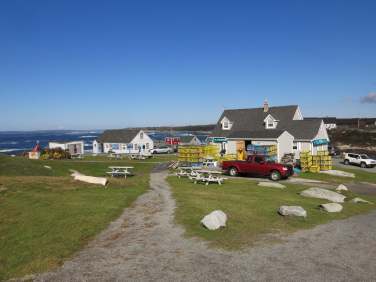 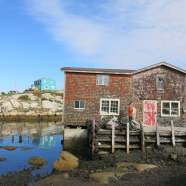 By 1900, the population grew to more than 300 people. The village developed and became quickly self-sufficient. A schoolhouse was built in 1839, followed by the church in 1850, then the general store, the post office, and the lobster cannery.

Did you know? The oldest surviving house in Peggy’s Cove was built in 1812 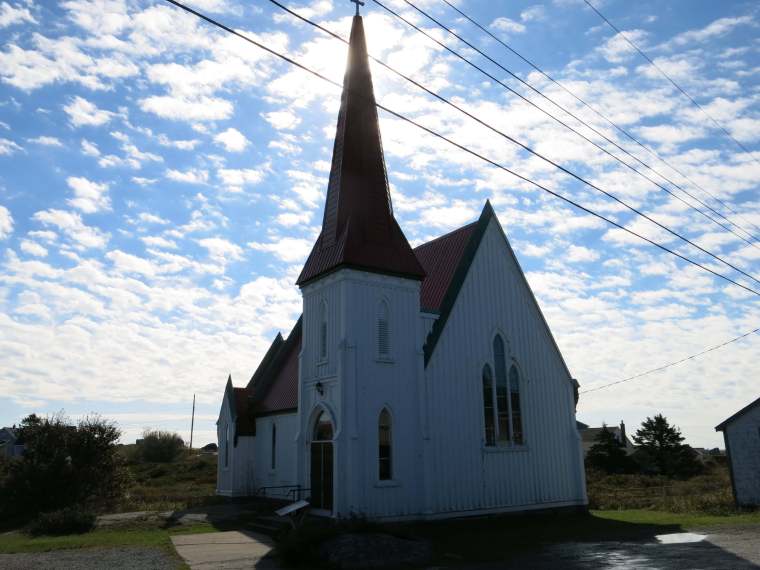 The original lighthouse, damaged by hurricane Edna in 1954, was a wooden structure topped by a beacon. By 1868, its red light indicated St Margaret’s Bay eastern entrance. The current lighthouse was erected later, in 1914. The octagonal structure was higher (50 feet / 15 meters) and more resilient (concrete made). Until 1958, it was operated by lighthouse keepers.

In recent years, the population declined but a fishermen community remains. At the same time, the picturesque village has charmed and inspired many photographers and artists. By picturing its beauty, they contributed to developing its attractiveness and popularity. Today, Peggy’s Cove attracts a lot of tourists from Halifax and surrounding areas.

Among the artists who fell in love, is painter and sculptor Degarthe. Born in Finland in 1907, he came to Canada in 1926 and visited Peggy’s Cove during summer time. Eventually, inspired by its colorful coastal and pleasant community, he made it his home.

The fishermen’s monument is probably one of his well-known art pieces. To honor and celebrate the fishermen and their families, he carved the granite illustrating local daily life. His work is also displayed in his previous home, now converted into an art gallery. 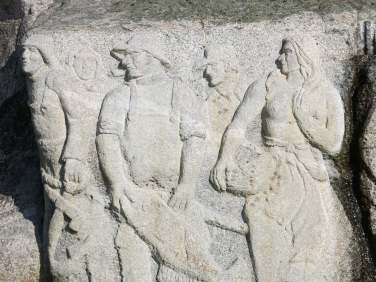