“Break the rules and you go to prison. Break the prison rules and you go to Alcatraz” – Anonymous. One of the most famous prisons was a feared high-security federal penitentiary located in San Francisco’s bay. Today, the island is still associated with this 20 years period. Nevertheless, looking close-up to “The Rock,” I realized that Alcatraz has a long and eclectic history. From a lighthouse in its early days to a US Fort before turning into a Federal Penitentiary. More recently it witnessed a Native American occupation and became a historic and natural park. Let’s explore the different facets of the legendary island through its key historical events.

The tour of the notorious island starts on the Pier 33 Alcatraz Landing. While waiting for transportation, we observed, next to the pier, the island miniature along with historical insights. It was a good start before stepped on the ferry. 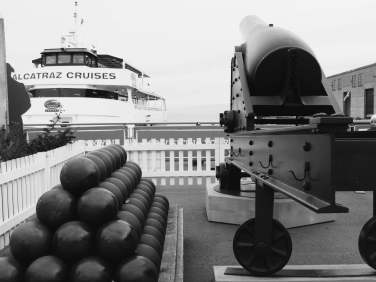 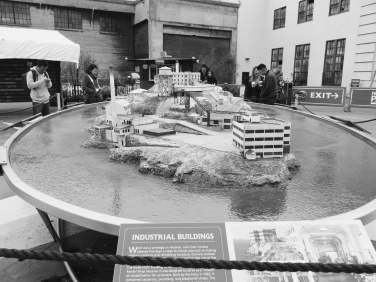 The sail was short (only 10 minutes) and I was on the deck to observe the city and the Golden Gate as we moved closer to Alcatraz. Nice view for pictures!

As we disembarked on Alcatraz, a speaker stood to provide instruction about the visit. All the island is self-guided with the exception of the prison where you’ll have an audio-guide (free). Also, there are rangers providing explanations and doing a quick walking tour.

There is no time limitation onsite and you can embark at the time you want to return to San Francisco. I really like this freedom on the island: pace your visit and the different places of interest.

The traffic in the San Francisco Bay increased significantly with the Gold Rush at the beginning of 1850. As a consequence, it was necessary to build a lighthouse and Alcatraz was a perfect site.

Erected in 1852, it was the first lighthouse constructed on the U.S. West Coast. Even if the 1906 earthquake destroyed the original one, another lighthouse, taller and reinforced, was quickly rebuilt. Over the years, lighthouse keepers lived on the island and witnessed modernization (from petroleum lamp to electric). They left the island in 1963. From this date, the lighthouse is still in use and controlled by coast guards. 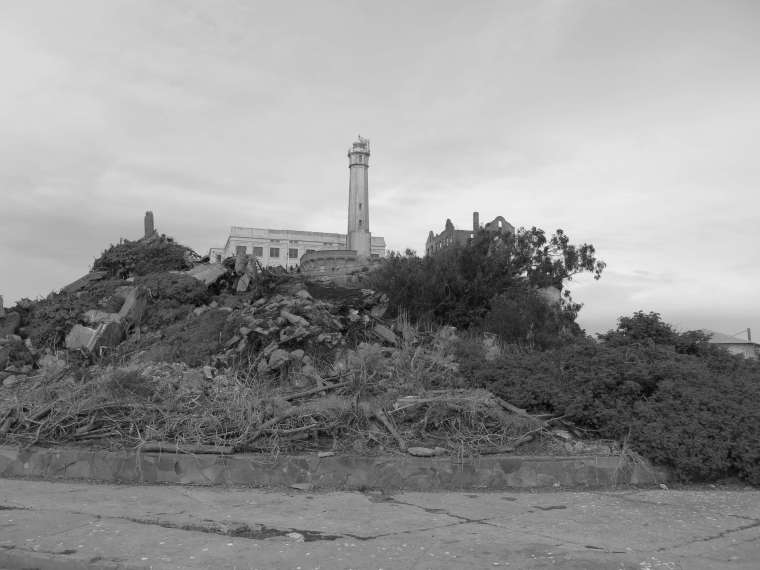 The US Built Fort

Protecting the San Francisco Bay from enemy attack became a priority at the height of the Gold Rush in 1850. Along with Alcatraz’s citadel built in 1853 (the construction ended in 1859), two others were planned along the coast.

The fort became even more strategic for the military during the American Civil War (1861-1865). Encircled by 111 canons and hosting 400 soldiers, Alcatraz was a powerful defense for the bay.

During this period, Alcatraz also welcomed soldier prisoners then civilian prisoners. Anyone whose loyalty to the Union was suspicious could have been sent to “The Rock.” The Justice system during the war was indeed questionable.

When the army left the island in 1907 due to the obsolescence of the fortifications, Alcatraz already turned and grew into a military prison. 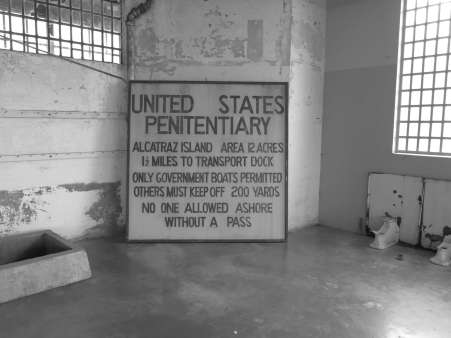 Alcatraz was transformed into a maximum-security prison in 1934, as soon as the authority was transferred from military to the justice department. In 29 years, this federal penitentiary hosted 1,545 prisoners for an average stay of 5 years. The Justice system didn’t send criminals to “The Rock,” only troublesome prisoners from other institutions. Fourteen escapes were attempted but none succeed. Convicts were either captured or killed, with the exception of Morris and Anglin brothers’ escape (see below). 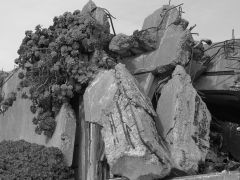 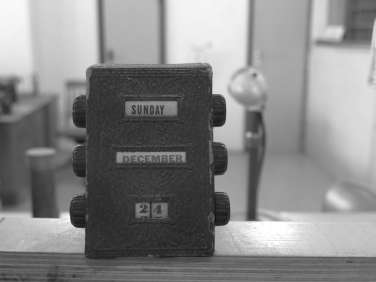 Entering the prison, I received an audio guide. For two hours, I walked around learning plenty of information and anecdotes. This was perfect to be self-guided and pace my visit, I really like it!

For example, I discovered that Alcatraz was home to 52 families including up to 44 children. According to testimonies, life was pleasant. It was a small community where no one locked their doors. Kids commuted by ferry to go to school in San Francisco and enjoyed the island playground. Families also entertained thanks to the Social Club (Officers Club) which offered numerous activities within its two-floor structure: Movie Theater, bowling, dining hall, dance floor, etc.  After 5:30 pm, time of the prison lockdown, divertissements for the non-prisoners bloomed.

“It was a great place to grow up… There were parties for the kids, formal dances for the teens.We were within steps of the prison but no one locked their doors.” Pat Bergen-Rothschild, he lived on the island from 1939-1952.

Alcatraz hosted notorious public enemies like Al Capone, George “Machine Gun” Kelly and Arthur “Doc” Barker. The walking tour oriented me through their daily routine via different parts of the prison: the cells, the kitchen, the baseball field, the library…

Among the 14 escapes attempted, one, in particular, caught my attention: Frank Morris and Anglin brothers ‘escape. On an early morning of June 1962, as guards completed the prisoners’ countdown, they realized that three of them were missing. It was not obvious at a first glance as dummy realistic heads were placed on the pillows and apparent bodies positioned under the blanket.

Frank Morris and the Anglin brothers escaped via the ventilation of their cells after perforing a wide hole to access the corridor behind it (the cell) and then climb to the roof. The three prisoners were plotting for months to prepare this thorough escape. For example, with toilet paper, soap and water they created dummy heads. For realism and precision, they even added real hairs from the prison barbershop.

After climbing on the roof, they disappeared into the night. What happened next is uncertain. An important manhunt started but, so far, authorities never found these fugitives. The case is still open….

Urban legend and theories persist about their fates. Recently, on January 2018, CBS revealed a letter allegedly written by John Anglin was sent to SF Police Department’s Richmond station in 2013. As authorities can’t confirm handwriting authenticity, the mystery regarding this unsolved case still remain….

Due to the increase in operational and maintenance costs, the prison shut down in 1963. All remaining prisoners were transferred to others penitentiaries.

Leigh Wiener captured this last day through his lens. A white and black photography exhibit is on display in the industries building.

Vacated after 1963, Alcatraz was occupied three times by Native Americans, respectively in 1964 and twice in 1969. The most significant one lasted 19 months and was certainly a pivot in the modern Native American rights movements.

On November 1969, a group of Native American students led by Richard Oakes started the occupation claiming the island for “Indians of all tribes.” In the Alcatraz Proclamation document, they proposed to buy the Island from the U.S. Government for 24 dollars as a reference to the purchase of Manhattan Island.

This protest on the famous “Rock” had a national and international spotlight. Both public and media supported Native American’s cause.

Even if all demands from the Indians of all tribes were not approved by the Government, this occupation led to major changes. As an example, in 1970 President Nixon ended the U.S. tribal termination policy. 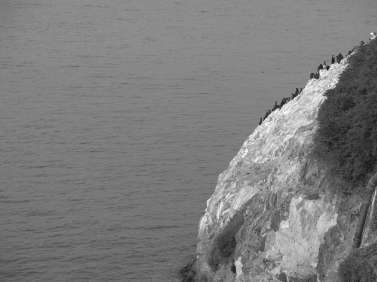 I was surprised by the variety of bird life on the island. This sanctuary welcomes, for example, plenty of gulls and cormorants. There are specially protected during the nesting period, from February through September. As the road was closed, I observed them from a distant point. What an interesting contrast from a visual and sound perspective compared to the prison and its visitors.